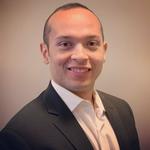 Updated 3 weeks ago by Jorge Z

The impact score provided when generating Insights in Tellius gives you an understanding of how a Change Reason Contributor influences a target variable of interest from your data.

In this case, the impact score is used to measure another feature of the data (i.e. a variable or column other than the target variable) and how it influences the target variable value for that data point. For example, perhaps there is another variable, STATE, which tells us in what state orders took place. The impact calculation will determine, based on all of the data points in the dataset or business view, how a specific state influences that target value “sales orders.”

Performing a Trend Insight Analysis in Tellius results in top contributors or features of the data being calculated that “drive” or influence the target variable (or column) over time.

Specifically, this analysis corresponds to understanding change over two specific periods of time. Therefore, the impact calculation will result in a score for each variable that determines how that variable influenced the change in the target variable from time T1 to some time T2.

For percentage-based target columns, an example is shown below:

This means that the impact of the State California was calculated for each time period, and a change in influence was detected with respect to the target variable.

NOTE: this is NOT simply a difference between the target variable for that feature. In this case, the target variable is Approval Rate and the Contributor is State (a feature or other variable of the data). The change in approval rate is 4.6%, but this is different from the change in impact that the State of California had at each respective point in time. This is because the calculation must take into account the data points themselves in aggregate for a truly holistic view, to avoid risking and overly simplistic (and misleading) calculation.

And the influence may be naively believed to be: “Iowa had a 2x impact on the overall approval rate”

But this is incorrect. Our impact calculation takes this into account, and adjusts the ranking of the top contributors accordingly.

Similarly, you can generate Comparison insights which compares two cohorts against a variable of interest. For instance, two cohorts can exist around a feature "Country" with values "Germany" and "Portugal."

Below is a sample calculation pertaining to a non-percentage-based numerical target variable.

Note the impact score of Drug=Pepto-Bismol on the overall total sales. Thus, the notion of the impact score calculation is applicable across the various insight type and target-column type scenarios.