Display Names in the Search Guide

Tied to a Business View

How to Attach additional EBS volumes for Backup 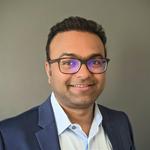 Updated 1 month ago by Hardik Chheda

Tellius supports various machine learning models through the Point-n-Click mode based on your data in business views and goals for your business.

These models are designed in such a way that you do not need any prior programming knowledge to perform the analytics on your data.

To find the ML models, navigate to Point-n-Click and select the ML model that works best for your business.

Did we help you?